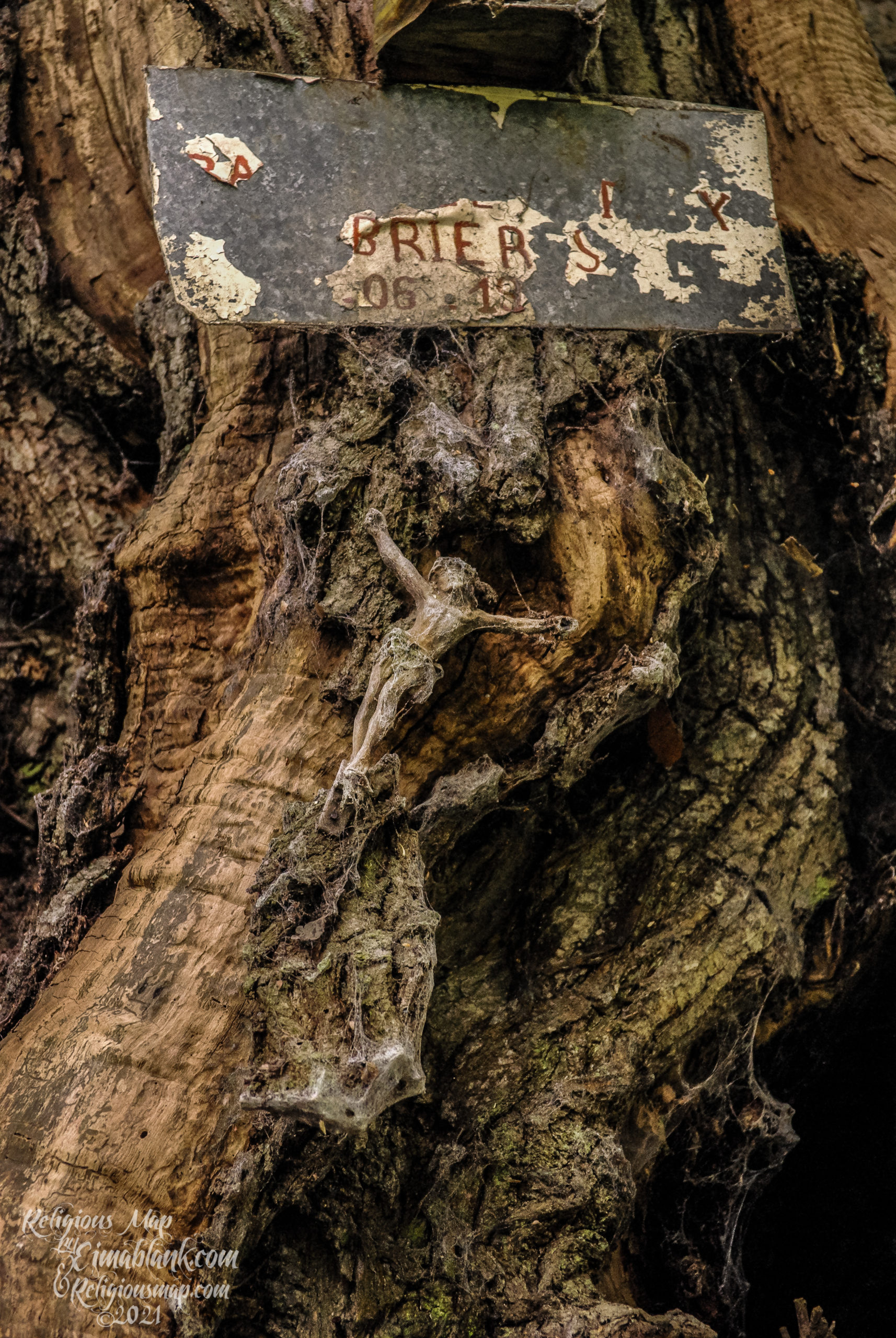 This photography was made in 2008, few steps away from the Abbey of Clairmont in Mayenne, France. I invite you to read my previous post about the tree. Jesus is crucified on the tree, there is no cross behind him. He is covered with spider nets and burnished over the years standing there in the weather. Above him, is a sign which was damaged by the many years exposed to natural weather and only remains a few letters. We can read “Brier” (Shine in French) instead of “Priez” (Do pray) and the month of June 1900 and something….

I took this photography as a mark of the evolution of France during the 20th century, when religion declined and became a reclusive practice among a few wealthy parish whose children go to private schools and can afford having Sundays morning on duty to show up all dressed up at the church.

France is a secular country that pushed secularism into a kind of state religion where Laicity shall bring many questions, and it doesn’t. Same with Christianity in France where questions shall emerge from the changes of the society, and it doesn’t. Christianity has kept polishing it’s old statues without a change and instead of prayers, we can witness a theatrical spectacle  of rituals and feats that switched the electricity on and took it for the light.

I guess that Jesus would have crucified himself on this tree if he had lived the 20th century in France but the term “brier” sounds like a merchant on the parvis of the temple of Jerusalem who erased by hand the letters on the sign to write “brier” instead. Shine, just shine and this would mean many things, the irony of the time, a message from God or maybe a desolation. Who really knows?

I called this photography “Linceul” because the Christ is wrapped into a white and immaculate net that does not alter over time. The silk of the spider almost protects Jesus from the winds, from the rain and from the sun. He is resting there, like a dead branch on a tree and like children to their father, we can only bring flowers and let nature to take them away. The tree was grafted a Christ. With my photography, I am printing the leaves out of this branch. If I would exhibit this photography, I would display thousand of flyers that people can take away, like a leaf of prayer. My prayer. Please don’t forget.