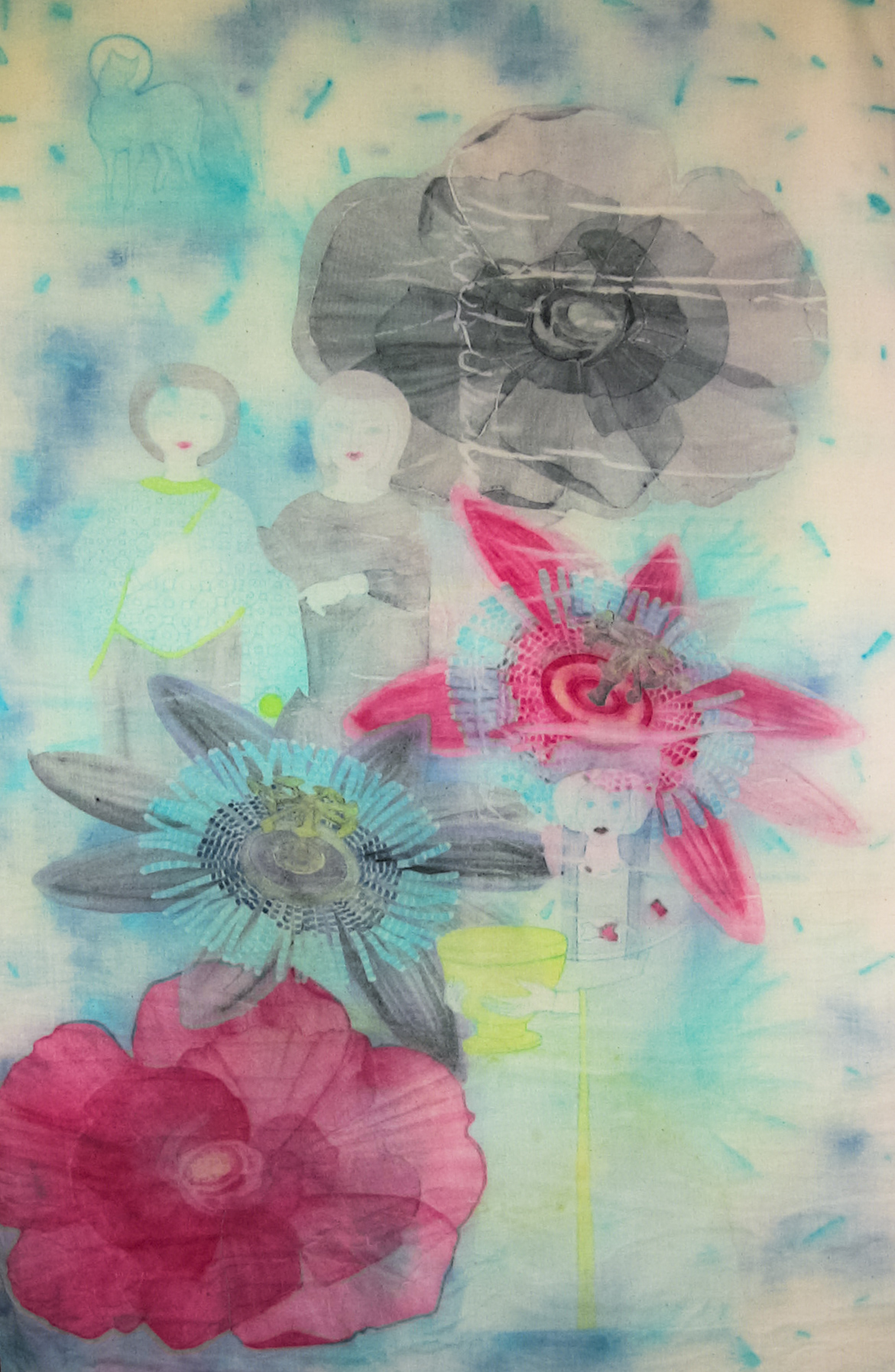 This artwork is the sublimation of a collage of watercolors. The technique of sublimation consists in drawing and painting on paper and transferring the image on a textile. Here I made several drawings placed on the fabric and sublimated by the transfer of the colors. I created the background on the collage what resulted in a splash of nature (second image).

This artwork was inspired from the mosaics of San Vitale of Ravenne in Italy that depicts Theodora with the Graal in her hands. Also the mosaic depicts an event that happened in Constantinople, this representation marks a new era with a clear testimony of the role of the Church, the role of the monarch and the birth of a patriarchy offered with the blood from the universal mother.

Theodora is crowned with the passion flower what flower has a male and female protuberant apparatus centered inside a gleamed corona. Higher in the sky are two angels, one dressed with an octagonal geometric pattern and the other showing the pattern. Above the two angels is the lamb that watches to render justice. Sparkling from the lamb are all the rays of light, falling down to Earth. The wrinkles from the transfer technique make like a vertical writing down from the deep sky to the Graal.

This artwork was sublimated on cotton. I am not sure yet if I am going to sew it for hanging on a wall or making an ornamented costume. This is the first of a series of collages and I will decide when the series is completed.