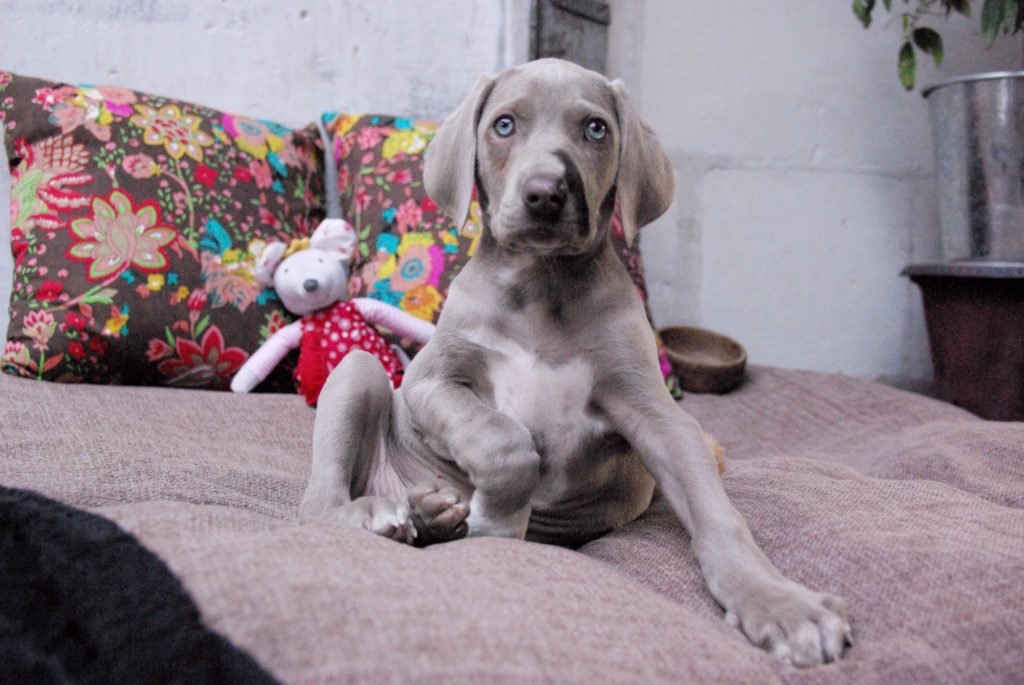 I moved to the United-States in February 2015 and while waiting for my immigration papers, I started to blog to transition from France to the US. Since my very first day in the US, people have been asking why I am not married and of course they came with suggestions that I shall marry. I have been sold all sorts of stories about the benefit of marriage to help me with immigration and I am not buying it for several reasons. First of all, I would never marry for paperwork. I believe in love, I am picky and I have principles. Most of all, I am kind of fed up with gender disparities and the way how women constantly loose their identity first by being given the name of their father, then the name of their husband. They never got a chance to have their own name and as an author, I did not want somebody’s name. I wanted to be myself and decided to be BLANK. Eima BLANK.

In 2007, I have adopted a puppy. Her name was Eima. I called her Eima because she was a Weimaraner. In French, we say Braque de Weimar. I dropped the W and the R to create her name. She was a dominant female issued from a family of hunter dogs who were the kind of beast you don’t want in your backyard. They were aggressive and my puppy took the character of her parents. The first week after adoption, she was nice. The next two months after adoption, I was crying every day and would have given up on her without the puppy school. After entering the puppy school, I was only crying on Fridays. She was good 5 days a week, then awful on Fridays and then school on Saturdays would put her back on track to improve her character. We both have changed our characters. She taught me to raise my voice and to be firm with my ideas.

I took Eima’s name as a way to remember her and as a way to continue having a voice for myself. After few months of puppy school, I decided to raise Eima my way, with love, care, patience and respect for her dog nature. She has become a very sweet and happy character who will for ever live with me, be part of my live, be part of my nature. I love you Eima.